Unless you’ve been living on a remote island without wifi, you probably know that just about the entire spring racing season was canceled, summer races are dropping like flies, the fall preview is canceled with a side of not happening, AND there are now 27 races every day from November to January. Even the World Majors are not immune: Yesterday would have been Patriot’s Day and the Boston Marathon (now scheduled for fall), and today the Berlin Marathon was canceled and Chicago sent out preliminary information on how to cancel (guaranteed entry for 2021, but you have to pay the race fees again).

Given that we are current living in a global pandemic situation involving a virus for which there is no vaccine and no definitive cure, you shouldn’t be surprised. In fact, you should join me in praising the race directors’ individual and collective decisions to keep us and our communities safe. (As Marathon Matt Forsman observed, “It’s been brutal these past few weeks.”) So far we know the COVID-19 virus spreads rapidly through a droplet- type method. While that doesn’t include sweat, aerosolized droplets can stay airborne for hours. We also know that the virus can live on surfaces for quite a long time; while it is an extreme example, the Centers for Disease Control and Prevention (CDC) found COVID-19 on the Princess cruise ships up to 17 days after all the passengers left. This is a menace we need to take seriously.

If You Run Enough Races, Eventually One Gets Canceled

This is just a math problem. (Remember “story problems” from math class? No? [Insert Millenial “new math” joke here.]) The more races you run, the more likely one gets canceled. I ran my 100th half marathon in 2017. That’s just half marathons. I’ve also participated in dozens of races of other distances. If you run enough races, you’ll have one get canceled. That’s just what happens. Races I’ve not-gotten-to-run:

Races get canceled ALL THE TIME. The reasons are usually more mundane, like dangerous weather (e.g. lightning near the course, high heat & humidity, smog) or unforeseen events that affect the course. But there IS precedent for canceling races due to global pandemics. In 1918 (with both World War I and the “Spanish” flu–the one that killed a quarter of the population of the world–in the background) the Boston Marathon was canceled (a military-only event was held instead), and the Indianapolis Speedway voluntarily closed. As they say on “The Good Place,” shirt happens.

The Registration Form Said “No Refunds”

I’m surprised to see so many runners whining that they are not getting a refund. Did you not read the registration materials? Pretty much every race says there are NO REFUNDS, right up front, and makes you check a box that says you have read and understand the rules. Even races that have some kind of refund policy often state there are no refunds when the event is canceled due to an “act of God” or “force majeure,” legal talk that basically means things outside the control of the race director. Can you imagine people demanding a refund if the course was buried by a volcanic eruption? Yeah, me either.

Look, it’s pretty simple: the race lays out the rules when you register for a race. The rules don’t change because the circumstances do. A race with a “no refunds, no transfers” policy has ZERO obligation to do anything if you get pregnant and put on bed rest, or break your leg, or have to go stand up in your sister’s wedding, or get stuck on a hijacked cruise ship, or the venue floods, or you get kidnapped by Norwegian trolls and held hostage on a fjord. A virus–even one causing a global pandemic–isn’t any different.

Woe to the poor race director who did not have the experience, foresight, or outside advice, to spell out a clear “no refund” policy (or whatever the cancellation policy is) early. (If you’re thinking about directing a race, read this one.)

(In Part Because Your Money is Gone)

If you’ve ever been on the other side of a big event–doing the organizing, getting the permits, registering the participants–you know that a lot of planning goes in long in advance. Budgeting requires predicting expenses and how many participants you need to break even. By four or eight weeks before a race, the money you paid to enter is gone. It’s been spent on a website, flyers, race shirts, finisher medals, permit fees, and more. That booth you visited at another race’s expo? Not free. The swag you got for registering early? Not free. The down-payments (or even total payments) for the extra police and security, for barricade rentals, for the sound system rental, for the post-race entertainment? Also not free. Also probably not refundable no matter why the event is canceled. If you haven’t read “In Support of the Race Director During Crisis,” and “Why Can’t I Just Get a Refund? And Other Emails to RDs in the COVID-19 Era” go read those right now.

I asked Marathon Matt for his take on this. He said, “I think most recognize this is a ‘force majeure’ we’re all scrambling to manage. EVERYONE is being impacted by COVID-19. I also think most people recognize I’m a small operation/business and simply can’t provide refunds/transfers (this is stated explicitly in my waiver). While ‘some’ larger race production companies can support this, very few production companies I’ve seen can. There are lots of articles circulating right now explaining why races can’t issue refunds, which is really important during a time like this.” True story.

Yes, runDisney did issue partial refunds or a transfer to the marathon when they cancelled the half on marathon weekend, and they made some kind of accommodation for the Star Wars themed races (no ideas what it is/was; I never signed up to run) but they didn’t have to. Frankly, when you’re a gigantic international corporate superpower like Disney, and your race sponsors are also large and well-funded, of course you can afford to offer a partial refund. But you’re not required to.

Early Cancellation is for YOUR Benefit

Race Directors don’t generally get rich doing their jobs. Many organizations that put on races are non-profits, and many of the “for profit” race organizations are not making that much of a profit. Trust me, they DO NOT want to cancel. Do you really think the city of Chicago wants the Chicago Marathon to NOT bring millions of dollars into the city, fill hotel rooms and restaurants, and other prop up the economy in October? Under ordinary circumstances, larger races understand that people book hotels and flights–not to mention days off from work–months in advance; late cancellation ordinarily results in losing deposits, and eating nonrefundable airfares. With the travel industry also hard-hit by COVID-19, my friends have had better luck rearranging and canceling travel plans. If it’s clear a race isn’t going to happen–like the “Stay at Home” order doesn’t expire until a week after your race date–early cancellation benefits the runners by giving them the maximum amount of time possible to rearrange plans.

What If It Is YOUR Job to Cancel the Race?

As you might guess, it kinda sucks. I asked Marathon Matt about his experience as a race director starting down a race date that you know just won’t happen.

For awhile, I was clinging to the hope that I’d be able to pull off my race on Sun, 4/5. While many larger (1,000+) races were being canceled, I was spared for awhile as I usually see 200-300 for my races. But, as constraints around public gatherings became more and more stringent, it became apparent I needed to plan for the worst. I would need a contingency plan.

I was fortunate in many respects that a number of races were postponed/cancelled prior to mine. People were seeing it happen with a ton of events which kind of prepared them for the inevitable. It softened the blow a bit when I had to use my contingency plan.

As with many canceled races, the race directors facing down COVID-19 did not really have “the last word” on whether to cancel. A variety of “Stay at Home” orders meant that state governors and even mayors canceled races, not an emergency response team. There are only so many options when a race date is canceled–reschedule, go virtual, offer a transfer, cancel and do nothing–and not every race director has every option. Road races often involved coordination among multiple governmental agencies, road closures that local law requires be announced months in advance, and other administrative red tape. Marathon Matt’s race was a trail race, which made it easier for him to secure a new date. “Rather than cancel the race entirely, I elected to postpone it… What I ultimately offered my participants was the option of participating in the event on the new date OR they could opt for ‘virtual participation’ and I would send them their shirt, race woodallion, and other race swag,” Matt explained. “People have generally been pretty cool about this.”

Part of the idea for this post came from the whining on Facebook in various running groups (which I sincerely hope was just temporary frustration seeking an outlet). So I asked Matt what he’s seen and heard. “I’m fortunate that most of my runners have been understanding” Matt reported, giving me some hope for humanity. “I’ve seen more than a few runners lash out at races and race directors demanding refunds, issuing threats, and other unpleasantries. While I understand being frustrated and disappointed that your race was canceled, it’s important to have some perspective. We’re all dealing with something completely unprecedented. We’re all struggling to figure out how to best proceed.”

Go Forth and Suck It Up, Buttercups!

There are no races right now and if all of your 2020 races have been canned, you might feel like ugh, there is nothing to train for and so why bother. Hey, I get it; I’ve done more than my fair share of deep-couch-sitting during the first five weeks I’ve been trying to work from home. Wearing something over my mouth and nose when I run? Sucks. Being mindful so I don’t have to pass other people on the sidewalk? Meh. Not petting any of the adorable doggos I see when I go out? I’m dying. Kill me now. Seriously though, it’s hard times all around, so be gentle with yourself.

But here’s the deal: you probably have extra “free” time on your hands. While you’re certainly not under any obligation to teach your children Mandarin cooking and how to play the cello, or to church out the next novel for Oprah’s Book Club, maybe that’s what you want to do–and maybe you want to do that instead of running. That’s absolutely fine! Or maybe now’s the time you finally check out Athletes for Yoga or check out that cross-training method you’ve been curious about. Somewhere in between “I’m going to cure cancer” and “wake me when it’s over,” is your happy place. Go find it.

“The running community is amazing and filled with a lot of wonderful people. It’s this unique community (which includes runners and race directors) that will help us get through this. It’s important to remember we truly are all in this together.”

How are you dealing with the cancellation of your races? What are you doing for quaran-tainment?

Marathon Matt left Corporate America to spread the love of running to as many people as possible. Check out Sasquatch Racing, and follow the Sasquatch Facebook page. Tired of “virtual races” and looking for a longer-term commitment? Check out Virtual Run Club, or The (no-stress) Loch Ness Virtual 5k/10k/Half & Running Challenge. 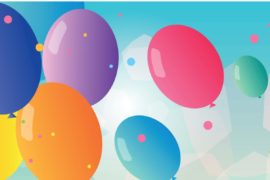