Since the Valentine’s Day episode of Runner of a Certain Age podcast was about volunteering for races, I thought I’d follow up with a post about my volunteering experiences. (Yes, this post is late. I’m sure we can all cope!) It turns out that volunteering is actually good for you, so at the bottom there are some resources for finding volunteer experiences.

Volunteering: my earliest days. Like many kids, I was in Girl Scouts and as part of that did various community service projects. I was also in the school choir and the middle school melodrama (by that I mean plays, not pre-pubescent school dances), and Miss Mann took us to Tonquish Creek Manor to perform for the retirees living there. Among all of these, the experience that had the biggest impact on my life was with my family.

The CrossRoads program runs a meal program (back then we called it “the soup kitchen”) in downtown Detroit. My understanding back then was that the various Episcopal Church parishes in the diocese took turns each Sunday, paying for the food and providing the volunteers. I grew up a relatively privileged white kid in the suburbs, and our church was affluent compared to Detroit. Individuals in my parish donated turkeys and money, and each year we provided the Thanksgiving meal. Or maybe it was Christmas. It doesn’t matter. Mom and Dad, me, and both of my brothers, we all went out to volunteer and serve the meal: turkey shredded into a giant pot of gravy, served over white bread, with various sides, and pie for dessert. One year the priest had to separate two guys who got into a fight over the last piece of pumpkin pie. My brothers saw the whole thing and did not understand, couldn’t believe what they saw. “Dad,” one said, “it’s just a piece of pie.” Dad explained, “Yes, but it might be the only piece of pie they see until next year.” We were appropriately awed.

Volunteering: as a semi-grownup. People always seemed happy when you helped them do things. In college I was busy with a million things, and some of them involved volunteer projects. My sorority, Alpha Xi Delta, also did volunteer projects. (I’m not making this up, I was actually in a sorority.) I solicited alumni for donations in exchange for face-paint paw prints before football games, to benefit the Norm Constatine scholarship for the student who plays the Nittany Lion mascot. I went “canning” (essentially holding cans and asking for change) in support of ‘THON, the largest student-run philanthropy in the world. (In 2016, THON raised $9.7 million. Yes, million.)  The activity I remember most was a party we hosted at a home for people with Down’s Syndrome–we spent most of it playing a sort of balloon volleyball, and the residents could not be more pleased. During the summers I was a Brownie troop leader at the PNC Service Unit day camp.

After college came law school, which eats more of your time than breathing, as though that is somehow possible. Still, I managed to spend part of a year and then a summer preparing a group of older girls to attend an international camporee in Finland.

Volunteering at Races: the early years. No surprise, I started volunteering at races LONG before I ever considered running them. After law school I moved to Austin (lon g story, there was this guy I was going to marry), I handed out bibs at the ThunderCloud Subs Turkey Trot. It was fun, and I think I got a free sandwich. I know I got a long-sleeved t-shirt (I still have it, and keep sewing up the holes). Later I volunteered for a century ride–100 miles on a bike, those people are NUTS!–cutting up bananas and handing out cups of water.

When I moved to Portland I joined the Penn State Club there. One year the Big Ten alumni clubs joined forces to provide course support for The Portland Marathon. As unlikely as it seems, I made friends with two Ohio State alumnae, and convinced them to join me on countless Volkswalks as I explored Oregon. I’d never really run a race, but volunteering for the marathon got me started thinking about it…and then I found out the local Volkssport club had it certified as a 42k walk. Marianne had broken her foot, but Susan and I walked our first marathon the next year, with Dad in tow.

On to volunteering in California. When I first moved to California, I joined the Junior League of the Oakland-East Bay. I was really excited by a program called “Done In A Day,” where volunteers gave a day to complete various community service projects. In my years with JLOEB I picked tall grasses for elephant snacks at the Oakland Zoo, painted the walls for the new computer and career center at a local domestic violence shelter, made blankets for Project Linus, and did a bunch of similar things. My law firm sponsored a trip to Guatemala, where we helped to built smokeless stoves purchased with funds donated by the firm. (Stove smoke is a major cause of respiratory problems among women and children in rural Guatemala.)

As it turns out, volunteering is good for you.  True story.  In 2013 United Health even published a study on it. Some of the benefits include increased self-confidence, a sense of purpose, combating depression, and helping you stay physically healthy. A study by Carnegie Mellon found it reduces blood pressure. Read more research here.

It’s also fun! Volunteering for anything pretty much guarantees a bunch of people will thank you. (That’s what Jen noted in the podcast. If you haven’t listened to it yet, you should.)

Resources. Every race needs volunteers. Find your local race, look up the race page, and sign up! Some races offer perks like shirts, snacks, or even credit towards a future race.

Not interested in volunteering for a race? Dislike early mornings? Can’t make the commitment that some places require? Check out One Brick, now organized in 12 cities. You can sign up for specific events that fit your schedule. In northern California, check out HandsOn Bay Area, which connects individuals, groups, and companies with volunteer projects. Or mark your calendar for the annual California Coastal Cleanup Day projects, which include clean-ups for rivers and streams. Nationally, Volunteer Match can connect you with opportunities. 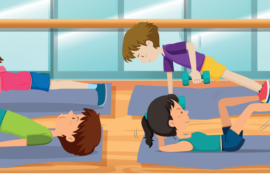