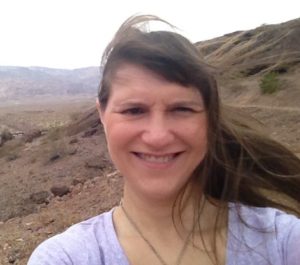 Hi, I’m Elizabeth R. Bain, and I am the “Bain” of  your existence.  (Yes, I’ve been dying to use that.) I practice law and yoga, and one day I will have practiced enough to get it right. Currently, I live in Portland, Oregon with Professor Nick Sterling, a Russian Blue-looking rescue kitty from the East Bay SPCA.

Michigan will always be my home, even  though I can’t imagine what I would do if I moved back. After college in Pennsylvania (We  are!), and law school in Michigan (with summers in Vermont and Texas), I moved to Austin, Texas. (My boyfriend of five years and I pretty much immediately broke up, which made taking the bar exam a little more stressful than I’d planned. Oops.) After many years of adventures in Austin, I moved to Portland, OR. It wasn’t exactly a whim—it was time to leave Austin, and a friend was relocating for a new job—but I didn’t have a fixed plan either. I would have stayed in Portland forever, but the economy couldn’t seem to keep me at full employment.  (My advice? Don’t start a job with an aviation law firm the day before some terrorists decide to drive airplanes into New York City.) After eight years in California, I’m thrilled to be back home.

Along the way I’ve appeared on stage with the Italian National Opera Company (as well as on stage with the house band at Isolde’s Tower in Dublin), made award-winning mead, and spent hours practicing in my life as a competitive Irish step dancer.  In between practicing law I taught yoga at a private studio, tutored Spanish at a Waldorf school, unloaded boxes in a department store basement, and sewed costumes for a professional ballet. In Jamaica I rode out a hurricane with my friend in the Peace Corps, in Nicaragua I stayed with friends in a Managua barrio and traveled the country meeting artists, in Guatemala I played translator while my law firm’s service team helped to build smoke-less stoves in a tiny village.  Life is a ripe and giant opportunity, and I’m busy gobbling it up and licking up the juices before the run down my elbows.

Though I had been practicing yoga for years (and have been a Registered Yoga Teacher since 2006), and hired a personal trainer to get in shape while I was in grad school the second time, it wasn’t until I went back to practicing law that I discovered my secret passion for fitness and health.  Driving a desk for a living, in a place where I’m largely dependent on cars, without a lot of attention to meal planning, led to expanding my waistline in a way I hadn’t planned.  I felt sluggish, I had no energy. When my office sponsored a Weight Watchers meeting, I joined.

Ultimately Weight Watchers was not the system that works best for me, but it did lead me here.  First, it was through Weight Watchers that I discovered Zumba, which led me to become ACE and AFAA certified, and obtain other fitness certifications and licenses (Piloxing, PiYo Strength, TurboKick, Real Ryder).  Second, I met a really amazing group of women on the Weight Watchers message boards; it was after many months of daily posts and conversations that they urged me to start a blog.

Since I have no background in anything even tangentially related to computers, naturally I decided to grab a domain and just run with it. I’ve since discovered blogging has a bit of a steeper learning curve than I’d expected.  Why is that picture so tiny? How come that post randomly changes font sizes? Seriously, I am kicking myself for not learning that hyper-text-mark-up-language we were offered in the Honors College.  (In my defense, you only really needed it to use the subscripts and Greek letters on the lab printers; I didn’t need those to write about Chinese theatre, and my IBM XT was slow enough compiling the files in the skeleton WordPerfect document.) 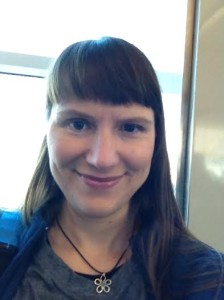 In addition to my full-time legal practice, I spent the past several years teaching yoga at 6:00 a.m., every Monday. (Since I moved back to Oregon for a new beloved “day job,” I took a break from teaching; I need to learn one new job at a time!)  My teacher training includes programs at The Vancouver Yoga Center, Yoga Kula, and YogaWorks.  I am available for private sessions, whether you want to learn the basics or go deeper into your practice or remove the blocks to a specific pose.

If you’ve ever thought of working with a personal life coach, maybe you’ve been looking for me.  I am a graduate of Coach University, the first life coach training program, and have coursework at The Graduate School of Coaching and Coachville.  Specific to health and fitness, I am also an ACE certified Health Coach. Coaching can be online via chat, telephonic, or via Skype. If you’re in my area, it could even be in person.

Finding the tools the work best for me has improved my life immeasurably, and I love helping others find the tools that work best for them! Because I love TurboFire and Combat, I decided to join Team misFIT REPublic as an independent BeachBody coach, but that adventure is now over. (I’m still a fan of several of the workouts.) It’s important to find what is best for YOU and I’d love to help you find those things. 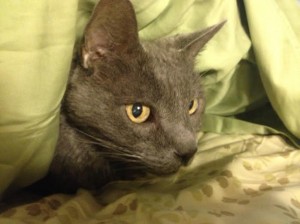 If you haven’t figured it out, I’m a super nerd who can’t stop learning. This year I became an NASM certified personal trainer. Last year, I finished my sports nutrition and coaching certification with Precision Nutrition. Finally, I’m learning the law of food!

The blog will also evolve A LOT this year. (It has every year.)  Drop me a line, I’d love to hear your thoughts.