When I was a kid, this was one of my favorite jokes:

I thought this was hilarious. (It probably didn’t hurt that I grew up in a town named Plymouth, and the main fancy hotel downtown was The Mayflower Hotel. Every joke about pilgrims was hilarious.)

As May approaches and I’m writing my May #ButFirstCoffee post, I wondered if the Mayflower also brought coffee. I mean, we all learned in elementary school that the people on the Mayflower drank tea, because it played a big role in one of our most cherished national folktales, the Boston Tea Party. But did they have coffee?

Short answer: Yes. Or rather, maybe.

So wait…how did the colonists have coffee? It isn’t exactly a Spanish or British crop. While there are whole books that examine the history of coffee (none of which I read for this post), the most popular origin legend goes something like this:

Once upon a time–maybe it was a thousand years ago, or 850 A.D., or the 10th century–there lived a shepherd. His name was Kaldi, and he lived in a land far, far, away–either lived in the Kaffa region of Ethiopia, or somewhere in “Arabia,” or on the tip of the Arabian Peninsula. One day, Kaldi observed his normally sanguine goats dancing around joyously. Upon further investigation, Kaldi saw they were eating bright red berries from a bush/tree with shiny green leaves. Kaldi tried some of the berries and joined his happy dancing goats. Because coffee.

Personally, I’m going to go with an earlier year versus a later one, as The Atlantic (see below) reported “the first person known to write about coffee was a Persian physician and philosopher named Rhazes or Razi (850 to 922 AD), who characterized it as a medicine.”

The legend continues–perhaps this is an add-on to combat suspicious Europeans’ description of coffee as “the bitter invention of Satan” or as a Christianization of the fact that Muslims used coffee to maintain wakefulness during long prayer sessions :

Some time later, a sleepy monk happened upon Kaldi and his happy goats. The monk asked Kaldi about the goats, and Kaldi told the monk about the effect the red berries had on the goats. The monk, who had a tendency to fall asleep while reciting his prayers, saw this as a gift from God (because coffee!) and tried the magic berries. Indeed they did help him stay awake during his prayers. The monk took the berries back to his monastery where he came up with the idea of drying the berries to make a tea to drink before prayers. He shared it with other monks, and monasteries began to cultivate coffee, beginning the spread across Europe. 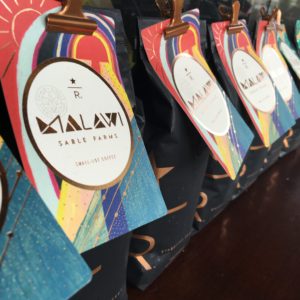 At some point, it becomes easier to tell what is likely fact, and what is a legend. (Don’t ask me how.) According to Tori Avery (PBS, see below), modern roasted coffee originated in Arabia and was popular during the 13th century. She reports the tradition is that not a single coffee plant existed outside of Arabia or Africa until the 1600s, when an Indian pilgrim (Baba Budan), left Mecca with some hidden fertile beans and introduced them to Europe. (Most of the sources I looked at noted that the Arabian businessmen who were exporting coffee to Europe deliberately parched the coffee beans so that they would be infertile. Think about that the next time you accuse Monsanto of coming up with new ways to be evil.) The Atlantic gives roughly the same timeframe, but pinpoints the cause of the spread of coffee as the Turkish conquest of the Arabian peninsula.

Conquest played a role in the spread of coffee, which is true of pretty much every type of agricultural and cultural cross-pollination I’ve read about. Coffee just spread from there. Avery writes that the Dutch founded the European-owned coffee estates in Sri Lanka (1616), then Ceylon, then Java (1696). As the European age of exploration and conquest continued, it makes sense that they planted coffee on plantations in each new location with a suitable climate (the French in the Caribbean, the Spanish in Central America, the Portuguese in Brazil). While I didn’t research this specifically, I’d bet my next ten cups that slavery played a huge role in coffee production for hundreds of years.

By the mid-1600s, the Dutch settlers brought coffee to New Amsterdam (nka New York). The National Coffee Association summaries what later ensued. “Though coffee houses rapidly began to appear, tea continued to be the favored drink in the New World until 1773, when the colonists revolted against a heavy tax on tea imposed by King George III. The revolt, known as the Boston Tea Party, would forever change the American drinking preference to coffee.” Drinking tea was now unpatriotic.

According to the Rainforest Alliance, the United States is only 25th in consumption of coffee. Trust me, I’m doing my share!

P.S. According to Avery, the natural caffeine in coffee acts as an insecticide. (Consider that the next time you assume anything that kills bugs must also be bad for people.)

Books (that I have not read) about the history of coffee:

Sells a variety of coffees (this is NOT an affiliate link, I get no love from them) and includes coffee reviews and articles about health, business, history, and the arts as related to coffee.

The RA works with small farmers to teach them agricultural methods to boost yields and keep the land productive for future generations. The Rainforest Alliance certification involves social and economic criteria in addition to environmental ones.