Got cheese for my whine?

Home » The Blog » Uncategorized » Got cheese for my whine?

Where have I been for…the entire month of June and the first half of July? Sometimes when I go a long time between posts, it is for predictable reasons—I have a full-time “day job” (which sometimes wants to place higher demands on my time) or I’m out running races and have prioritized DOING THINGS over blogging about them—but other times it is not.  Co-schedule reminded me today that I haven’t posted in weeks. It’s not for lack of ideas (there are a dozen partially-drafted posts in my queue, I have dozens of great giveaways to run, and my post reviewing MeStrength and why you would want to supplement your electrolytes with creatine is now an entire week overdue). I’m having a hard time forcing myself to sit down and write, and it’s not because of writer’s block. Nope. 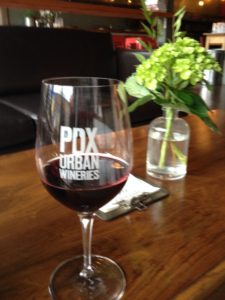 Got cheese to go with my w(h)ine?

As a fitness instructor, yoga teacher, and nutrition student, I’d like to think my nutrition and exercise choices should get the credit for my overall health. For example, I’m rarely sick. When I log time off from work as sick time, it’s usually because I’ve developed a headache (also rare, but unavoidable due to lingering effects of a car accident in which I broke more than a few bones). Yoga has taught me to know my body very well, and I recognize the earliest warning signs that I might,  maybe, possibly be a few days away from illness. When that happens, I take immediate course corrections: drink more water, add more sleep time, eat more vegetables, take a multi-vitamin, otherwise take action that feels appropriate to the situation. Usually I shake it off before I even get sick. This is a giant blessing, and I am thankful for the knowledge and space to execute it in my life.

For most of my life I’ve also rarely been injured, save for catastrophic events like the aforementioned car accident. (That put me out of commission for over a month, and then for subsequent months I wasn’t able to operate at full mental or physical capacity. I really hated that.) I was rear-ended twice during the time I lived in Austin and that messed up my left shoulder, so it requires some maintenance, but it usually doesn’t bother me (and when it does it is usually because I have been slacking on my maintenance.) Like every runner or  fitness pro, I encounter the occasional muscle strain or sprain, but up until now they have also healed pretty quickly after application of the appropriate remedies (things like rest, ice or heat, modification of specific exercises or workouts, foam rolling or other SMFR, and a little patience). I try to take body breaks throughout the day instead of staying in a static desk-sitting-position all day, and same for when I drive.

So as I sit here writing the first part of this post at IDEA World—the largest gathering of fitness professionals in the world, a veritable candy store of workouts—I’m incredibly frustrated and angry and mad and sad and grumpy and whiny (“It’s sooooo UNFAIR!!”) that I’ve developed an injury that doesn’t want to make peace and go away. Worse, I can’t figure out exactly what I need to do to make it go away, and my schedule (work and life) has kept me from getting to a specialist.

Earlier this year, I had some pain in my glute/hamstring tie-in on my left leg. After I ran long, or spent most of the day on my feet, I’d find myself with a big lump of a pain on the back of my leg. After Rock ‘n’ Roll San Francisco (April) I had the massage pro at the VIP tent work on that and nothing else; he immediately knew exactly which spot I was trying to describe because he found a giant knot there that would not release. I made an appointment with  my chiropractor (she’s also a yoga teacher and a distance cyclist, and is amazing with a variety of modalities) who figured it out and fixed it. Basically, my pelvis was misaligned so that my left hip was more forward than it should be, and that misalignment was forcing the muscle fibers in one spot (where I was having the pain) to do more work than they should. Overworked and maxed out, those muscle fibers rebelled. She put my pelvis back where it should be, and the problem went away.

Or so I thought.

The big car accident cracked some vertebrae in my lower spine. While I assume they’ve basically healed and aren’t causing any trouble on their own, that experience taught  me a lot about how the low bank and pelvis are related to each other. After the knotty-hammy-glute-tie-in issue earlier this year, I’ve tried to be much more careful about my daily habits with my low back and pelvis.  You probably don’t think about this much, but just as habitual exercise causes changes in muscle size, strength, composition, and power, your daily habits affect your low back and pelvis. Consider the placement of your pelvis and low back when you sit at your desk (or on your sofa), when you drive, when you stand in social/business settings, when you sleep.

The vast majority of office workers have terrible sitting posture. Specifically, they (we) sit in chairs in a way that allows the low back to pooch out, reversing the natural lumbar curve (it normally curves into the body, not out and away from it). Or sit with one leg crossed over the other, tilting the pelvis to one side while simultaneously reversing the low back’s curve. Or worse, sit on one foot. (The upper body suffers similar evils: forward-leaning computer-screen head, downward-facing text-message neck, typing posture with shoulders rolled forward and the upper back’s natural outward curve turned into a veritable dowager’s hump.) At home I have a small rectangular pillow that I use as a lumbar support because otherwise I tend to melt into the couch like a blob.

It’s been difficult for me to observe the driving posture of others (beyond the few people I know who drive with an exaggerated version of desk postures). At some point I noticed that when I slide into the driver’s seat, I tend to sit on the seat in such a way that my right hip is higher than my left. (This is easy to do because most car seats are not flat, but are sort of curved/butt-shaped.) As soon as I noticed this, I made a point to sit myself squarely in the seat before putting on my seatbelt or turning the key. On long drives—which I sometimes make for work—I find myself adjusting my left leg, from stretched out and slack to foot flat on the floor, to compensate for the constant tension in my right leg. I try to stop regularly to get out of the car for a “body break”—a few stretches, maybe some jumping around a bit to keep my blood circulating, etc.

Standing posture is particularly interesting because you can very easily watch this. I can’t generalize as to all people, but I’ve noticed several repeat patterns. For example, men with big guts tend to stand with an overarched low back or with an exaggerated anterior tilt to the pelvis (the hip bones much more forward than the pubic bone). This makes sense, since your center of gravity is “off” from its natural default position when you add a keg where the six-pack should be. Women wearing heels often have a similar pattern in the low back/hips/pelvis. I’ve also notice many people—myself included—tend to stand with their weight primarily on one side, hips shifted over. This stance is event more exaggerated in people wearing a backpack with just one strap on (not a cross-body bag, but a traditional two-strap backpack). In fact, on any day when I am observing bodies, it is only a minority of people who are standing with decent posture.

Sleeping is another habit that it’s rare to observe others, and I mostly have my own experience to go on. Sleeping flat on my back feels unnatural to me and I can’t seem to fall asleep that way. Sleeping flat on my stomach makes me over-arch my low back and exaggerate the anterior pelvic tilt, so much so that I can feel the strain on the little muscles attached to the spine in my low back. I prefer to sleep on my left side—which is now painful—with a second pillow in front of me and between my knees to keep my hips in order. 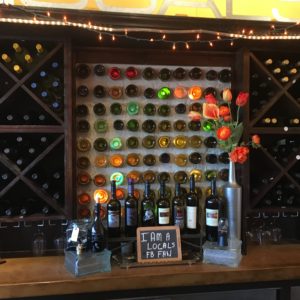 Warning! Cases of w(h)ine ahead!

So whyyyy is my left hip so angry at me?! It is incredibly frustrating to know that I take better, thoughtful care of my body than most humans and still be in pain, and not know the cause. When I first noticed my left hip acting up, it felt stiff and achy and I noticed I had been doing more desk-sitting than usual; so I tried mobilizing and movement. I took stretch breaks for the muscles around the hip complex and tried to add movement. It was still a little sore when I hit the road for the Across the Bay 415k &12k, and I figured I’d be able to run-walk most of it. I started in Marin with 1 minute intervals, and by the time I hit the lead-up to the Golden Gate Bridge, I knew that wasn’t going to be a plan. I was too tempted to try to add speed. Yet at the end of the race–most of which I walked–I was in so much pain I wanted to cry, and I spent the rest of the day sleeping

It could be the TRX class I took, or it could be a movement I didn’t even notice. It could be a continuation of the prior dysfunction in my pelvis. It could be tight tissue (the SMFR class I took at IDEA helped). Whatever the cause, it is incredibly annoying. As I write the end of this post, I’m just back from IDEA World, where I sat out all of the amazing workouts: a BlogFest workout with Gunnar Peterson, Boot Camp with Todd Durkin (Todd freaking Durkin!), a barre class, a BeachBody Live mashup…I also resisted the temptation to physically play at the expo: no TRX, no ActivMotion bar, no cycling (and Real Ryder was there!), no Lebert, no circuits, zip, zilch, nada. At least I’m “adulating” well (I didn’t do anything I knew would make me feel worse).

But…my chiropractor is out of town, I was unable to make an appointment at the substitute I know, and as I was making a sports massage appointment someone else booked it faster than I did and POOF! (Okay, I used some not-blog-appropriate language when that happened.) I'm off to FitBloggin' in a day, and I'm in a world of hurt. So me, the rarely-to-never-injured, will spend the two best fitness conferences of the year mostly sidelined due to injury. The disappointment is palpable here, folks.

Tell me, have you been sidelined by an injury? How did you deal with it? Got advice for me?